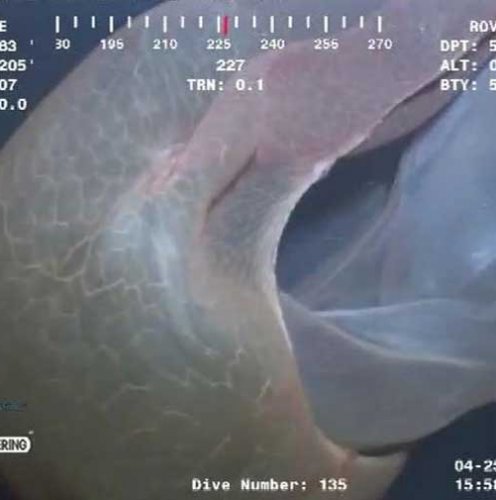 Consuela Ross simply wanted to take some photos of the scenery while walking on the banks of the Loch Ness with her daughter and granddaughter, but the 50-year-old took home more than just images that day.

Ross now claims to have witnessed the Loch Ness monster, fabled to dwell in the depths of the water, as it emerged to the surface to get some air. When a black hump emerged from Britain's biggest loch, however, Ross and her daughter were so mesmerized that despite having a camera on hand, they were only able to record the moment after the mythical beast sank below the surface and moved away, leaving behind a circle of rippled water.

"One of my pictures shows a dark object behind the circle of water and that was it moving away, " Ross said. "We were all quite excited by it. I have always been a believer in the monster and for my family to see it was amazing. If we had been a little quicker with our cameras, we would have better images."

The sighting is a relief for monster enthusiasts following reports last year that the Loch Ness monster could well have expired. The Loch's murky waters are said to be haunted by a Scottish beast since 1933. The Nessie first hit the headlines in 1934, with a newspaper publishing a picture of the supposed water beast.

The picture was eventually found to have been staged, but many similar images have come up ever since. Legend has it that the creature, believed to be the last line of plesiosaurs, a prehistoric marine reptile, appears along with tremors on Earth and swirling bubbles.

The 73-year-old Campbell Ross, Connie's husband, said he regrets staying in the car park because he is also a believer of the strange creature living in the loch. He said that he has actually seen something similar about three decades ago.