New season of monsters INSIDE ME [Monsters]
😈Monsters😇

New season of monsters INSIDE ME

New Season of MONSTERS INSIDE ME Set for Animal Planet's Halloween Week July 14, 2017 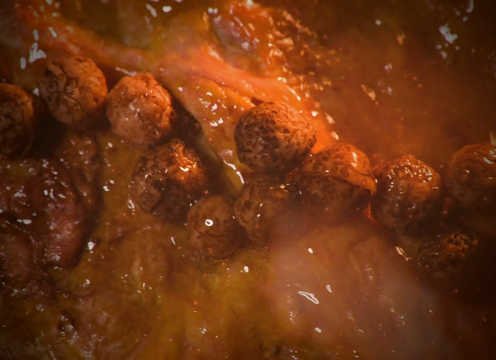 The nightmare begins with two back-to-back episodes premiering Thursday, October 29, and November 5, from 9 PM to 11 PM (ET/PT). The rest of the season airs Thursdays at 10 PM (ET/PT), beginning November 12. Ten episodes, each featuring three horrifying stories, underscore just how rapidly our bodies can fall victim to the smallest of villains.

The infectious unknown is a ticking time bomb within the body that can go off at any minute, and the explosion sends an atomic wave of fear over everyone involved. Host/biologist Dan Riskin provides scientific perspective of the cringe-worthy creatures, which are determined to make the hidden crevices of our bodies their homes. This season includes the following stories:

· In Orange County, California, a seven-year-old boy scratches his knee at the beach, and it swells to the size of a large orange. Doctors suspect MRSA, but the boy's mother worries about gangrene when the wound becomes black; therefore, she investigates on her own. What she discovers is utterly shocking.

· In Cuero, Texas, what begins as a harmless welt on a teenage boy's leg develops into massive legions all over his body. After batteries of inconclusive tests and the formation of blood-and-pus-filled sores, doctors brace to battle an age-old beast - one of the most feared infections on the planet - leprosy.

· In Sun City, Arizona, an uninvited guest ruins a schoolteacher's Thanksgiving. That night, she suffers a massive seizure and is rushed to the hospital. By Christmas, she experiences an even bigger one, which forces doctors to perform brain surgery to save her life. But can they keep this ruthless parasite from rendering her blind and paralyzed?

The terrors on this season of MONSTERS INSIDE ME may be minuscule, but the stories are 'bigger and badder' than ever. Beware: each creature lurks, looking to hijack your body and detonate your world. Consider yourself warned!