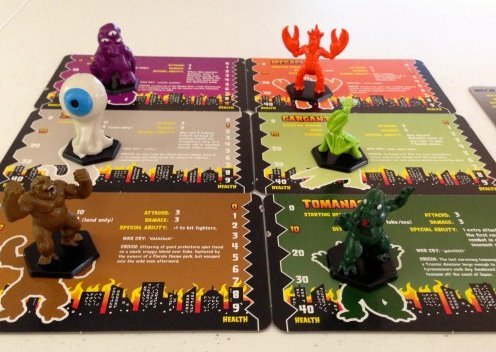 Besides empty land and water hexes, the map contains the following types of terrain.

Here's what you've been waiting for!

Each of the six monsters is unique, right down to its war cry. All of its abilities are summarized on its individual record tile. Some characteristics, such as Health, change during the game. With any luck, you'll also pick up mutations and Infamy Tokens as you stomp around North America.