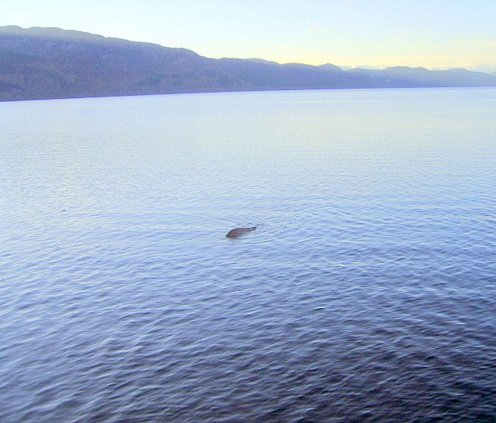 Though there are dozens, if not hundreds, of lake monsters around the world, one superstar marine denizen outshines them all: Nessie, the beast said to inhabit Scotland's Loch Ness.

Some say it's a myth; others say it's a living dinosaur or even a sea serpent that swam into the lake before it became landlocked. Whether real or fictional, it is what Scotland is best known for around the world (aside from whiskey, bagpipes and kilts).

Some claim that the Loch Ness monster was first reported in A.D. 565, when — according to Catholic legend — St. Columba turned away a giant beast that was threatening a man in the Ness River, which flows into the lake. However tempting it is to suggest that the encounter was a true historical record of the beast's existence, it is only one of many church myths about righteous saints vanquishing Satan in the form of serpents and dragons.

The first purported photo of Nessie was published in The Daily Mail on April 21, 1934.

In fact, there are no reports of the beast until less than a century ago. The Loch Ness monster first achieved notoriety in 1933 after a story was published in "The Inverness Courier, " a local newspaper, describing not a monstrous head or hump but instead a splashing in the water that was described as appearing to be caused "by two ducks fighting." Some suggested a more monstrous explanation; however it wasn't until the following year that Nessie shot to superstardom with the publication of a famous photograph showing a serpentine head and neck. That image, taken by a London surgeon named Kenneth Wilson, was touted for decades as the best evidence for Nessie — until it was admitted as a hoax decades later. [Countdown: Our 10 Favorite Monsters]

Is the loch ness monster real? I ask this question because i was watching monster quest and it showed a siteing that showed a snake like figure with humps going up and down. It only showed the snake like body. The animal was not a snake. The person was up close to it and he said it was about 100 feet in lenth. I...

@Ab(OO)bie: In year 7 I did a presentation on the Loch Ness monster when everyone else was doing stuff like football and I just found the PowerPoint Tue, 13 October 2015 11:04 PM