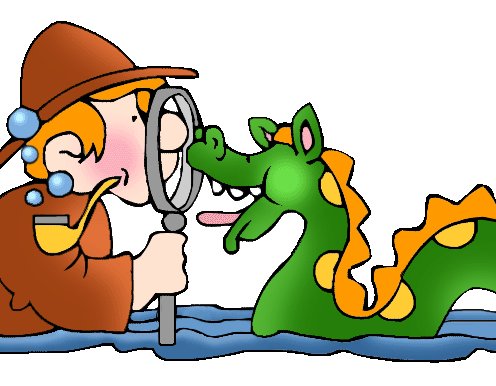 Against this backdrop, I gave a talk on land sightings to the Edinburgh Fortean Society back in January. At the end of it, I had a pile of Powerpoint slides which I had presented as well as some I did not have time to show plus various items of research which never made it to Powerpoint. So, in that light, it seemed sensible to put the material out to a wider audience and begin this series of articles. It is a subject this blog is not unfamiliar with. If you check our steadily growing section on Classic Sightings you will find articles referencing two such incidents involving the Spicers and Alec Muir. However, the list of land sighting stories I have currently stands at 35. There is clearly more to relate concerning this aspect of Nessie lore.

The picture above exemplifies the mystery. It is a reproduction of what George Spicer and his wife claimed to have seen back in August 1933. Using Google Maps and Street View, an approximation to the witnesses' location is made. A modern car is in place about 200 metres from our "creature" to give an idea of scale and the superimposed picture of the beast is taken from Alan Jones' painting which is itself based on the drawing the Spicers sent to Constance Whyte for her 1957 book "More Than A Legend". You can click on the image to enlarge it.

You need a good closeup photo of Nessie to provide proof. You will actually have to take two other photos before you get the one you need.
On your first trip to Loch Ness, you win a rowboat ticket playing darts, and get a photo of Nessie "loops" in the Loch. But when you take it to Mews, he is unconvinced.
On your second trip, you win a submarine ticket and photograph a realistic Nessie on the bottom of the Loch. But when you take it to the Pub, you find it is only a movie prop. The third time, you beat the original dart player again, and the bartender gives you a pennywhistle to use…

@Ab(OO)bie: In year 7 I did a presentation on the Loch Ness monster when everyone else was doing stuff like football and I just found the PowerPoint Tue, 13 October 2015 11:04 PM