How To Unlock All Godzilla: The Game Monsters January 17, 2017 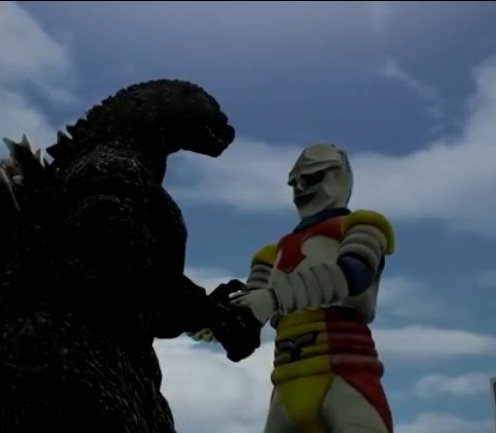 That question will be answered in this guide that shows you who to unlock to get the full roster of Kaiju; and how to achieve that in the PS4 & PS3 action-adventure fighting game.

Below we’ve listed the playable characters. Take the following steps to unlock each one, so that all unlockable characters in the game will be available to you.

Index of Godzilla: The Game Guides:

Note: Once you have all the monsters unlocked in every mode, you’ll find there are 22 in total. — However, when going to Online VS an extra 3 slots appear below Godzilla and above Anguirus. These “?” slots are Godzilla’s other Automic Breathes, you get them when evolving Godzilla.

4. Biollante — How To Unlock: There’s a random encounter at Stage 17 following the hard route in the God of Destruction Mode, which allows you to unlock one of the well hidden extra characters. As the video guide shows, in this case Biollante gets unlocked.

5. Destoroyah — How To Unlock: Method #1) Choose Defend option in God of Destruction Mode and then in Stage 3 choose the “?” stage on normal/hard route. Can be completed in mere minutes when playing as Larva Mothra.
Method #2) First unlock Burning Godzilla. Then get to the 25th stage in Invasion Mode while playing as Burning Godzilla, at which point you’ll have to fight and defeat Destoroyah to unlock it.

9. Godzilla (1995) AKA Burning Godzilla — How To Unlock: Get at least 50% of the data collection to unlock the last branch of the story. To get this much data, do multiple runs of the game’s God of Destruction Mode and collect all of the data along the way. — To get the final story stage you need to be a 100m Godzilla. This unlocks the secret true ending on either Invasion or Defend option, where you turn into Burning Godzilla and have to fight the Super X3 and LegendaryGoji. — Win the final stage to get the true ending, which in turn will get you Burning Godzilla’s DNA cells and then you unlock him.

How can I unlock all the monsters in "Godzilla-destroy all monsters?"? | Yahoo Answers

hey man in the game destroy all monsters you can never unlock hedorah.
To unlock Orga, beat Adventure mode with all the characters, then beat the mode once more on medium difficulty with Godzilla 2000. Orga will now be selectable from the monsters menu.